If you are looking for the UNISA Location, this post is for you. Read through. 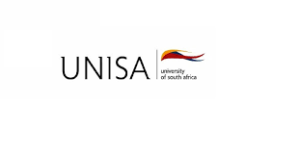 The Muckleneuk Campus of the University of South Africa is a significant landmark in Pretoria. After vacating its old quarters in central Pretoria, Unisa relocated to its new home on Muckleneuk Ridge in 1972. Bryan Sandrock Architects designed the complex of buildings in the 1960s, and it expresses an international style marked by monumental proportions and engineering feats such as the cantilevered design. The long projection from the brow of the hill, supported by a massive steel girder sitting on a massive column, is the most striking feature.

The Sunnyside campus, which is also in Pretoria, is the hub of student activity. Unisa’s science campus is located in Florida, Johannesburg. This campus contains the College of Agriculture and Environmental Sciences, as well as several divisions from the College of Science, Engineering, and Technology. UNISA Location.

There are 12 buildings on the science campus, as well as a library, two auditoriums, and a large study area. It also has a horticultural center and a multipurpose research and training facility to meet the educational and research needs of students in a variety of programs, including agriculture, ornamental horticulture, and environmental conservation.

In South Africa, the university has seven regional centers that serve students from all nine provinces (UNISA Location). There are the following:

If you’re having difficulty finding this place, use Google Maps or contact the management.

I hope this article has provided you with the assistance you need on finding the UNISA location; if so, please let us know in the comments section. Remember to subscribe and you can follow us on Twitter and Facebook for quick updates.